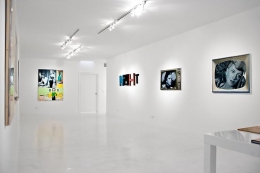 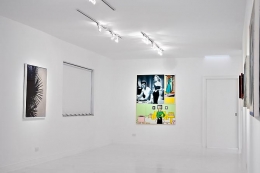 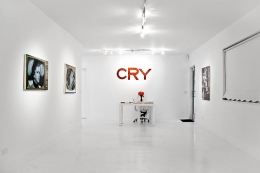 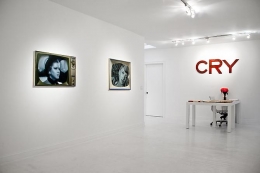 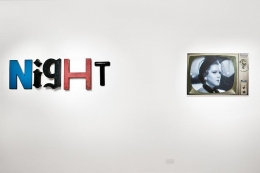 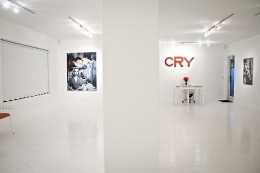 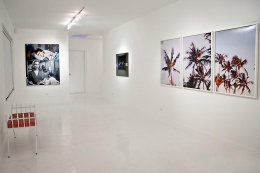 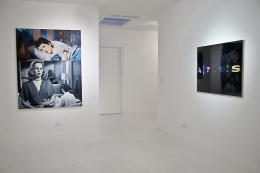 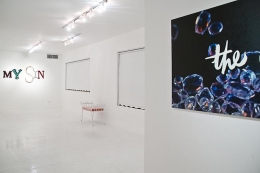 Gavlak Gallery is pleased to present McDermott & McGough and Jack Pierson's first exhibition together, titled The Palm Beach Beach Story, or Whatever Happened to Baby Jane. This is also the first exhibition to present the artists' paintings, photographs and text works that demonstrate their shared interest in the style, pleasures and not-so-thinly veiled perversions of what resembles fabled Palm Beach vis-à-vis the twisted narratives of old Hollywood glamour.

McDermott & McGough's paintings of starlets from scenes by filmmakers like Preston Sturges are juxtaposed with Pierson's iconic text pieces of repurposed vintage sign letters, such as "My Sin," to create a narrative of desire, fantasy and even homage to a bygone era. Pierson's glittering photographs of Florida palm trees and McDermott & McGough's painting of the final still from Douglas Sirk's Imitation of Life, in which "The End" hovers over a pile of falling diamonds, speaks not only to the seductive and high camp sensibilities of all three artists but to the perfect context of the artists work: the entire mis-en-scene of Palm Beach itself.