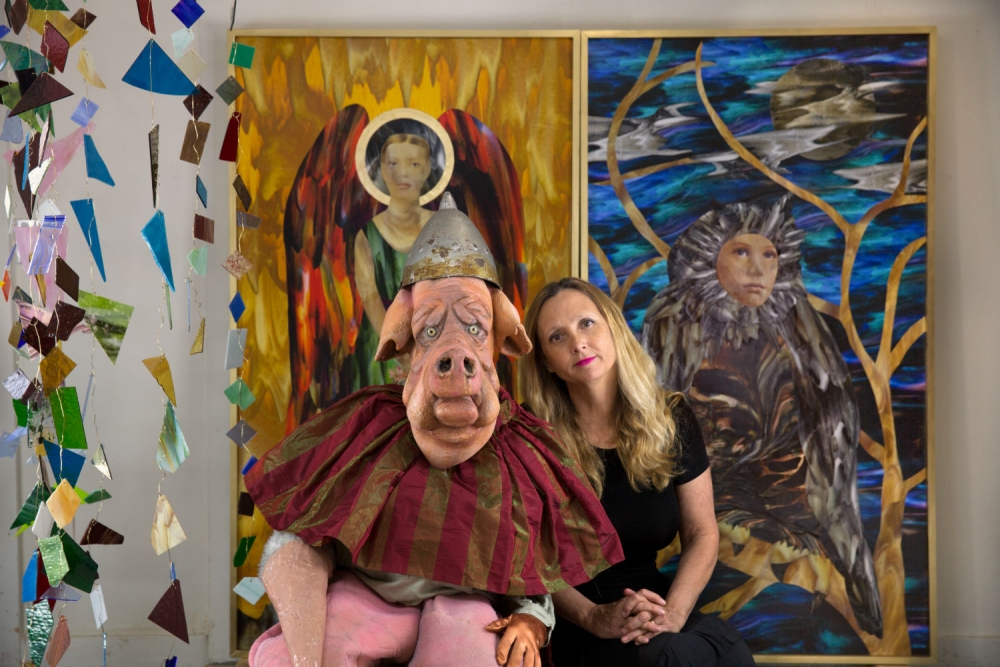 Gregg Gibbs: You started out as a member of the seminal punk band, Party Boys. Can you describe the early days of the downtown art scene in Los Angeles when there was a cultural explosion going on in the city?
Marnie Weber: The band actually started in 1979. We lived together for six years in different downtown studios, and we would play the corner bar every weekend. It was a Mexican bar full of truckers and transients. We branched out from there and played lots of clubs around town, eventually landing in New York and London. There couldn’t have been more than 20 artists living downtown during that time, so the early days were very DIY. I learned a lot from being in a band. I learned that you don’t wait around for someone to give you a chance, you just go ahead and do it for yourself. Party Boys put out three albums, then we decided to go our separate ways to pursue other things.

After the band broke up, I wasn’t sure what to do. I had a degree in art, and I was making collages. During that time, performance art was the big thing, so I went into that. It was a big deal for me to be on stage alone. I wanted anything to take attention away from me, so I started making short films. I was dressing up in costumes and using projections and creating characters to further distance myself from the attention of the audience. In time, I realized that these films held their own and didn’t need to be part of a live show.