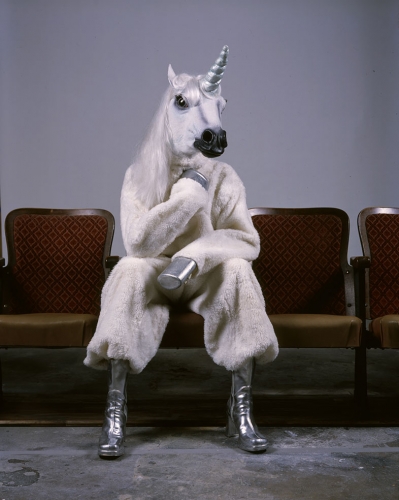 Marnie Weber: Songs That Never Die and Other Stories

Once you see an installation by LA-based Marnie Weber, you’ll never mistake her art for anyone else’s. Her grotesque style—in the classical sense of mixing human and animal features—always falls on a spectrum between humorously spooky and horrifying, like a children’s TV show wardrobe department broke into a Victorian gothic dollhouse. Weber has had an extremely prolific career, including feature-length film and albums of experimental music, often as the lead singer of The Spirit Girls, a band whose lore claims they were all killed before they had a chance to become famous and now rock on as ghosts. Songs That Never Die is a video installation that tells their story.