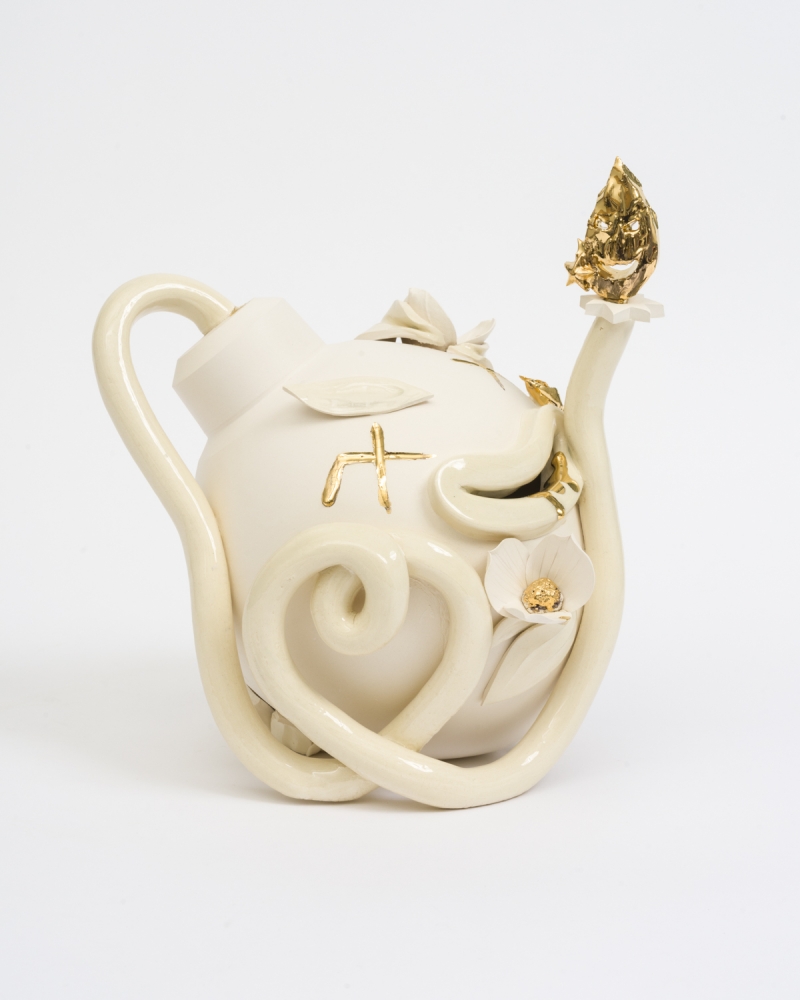 One Thing to Fight for: EQUALITY | Alex Anderson, Sculpture
One Thing to Fight For is part of Five Artists, Five Mediums, Five Days – A Curated Selection for One Thing, featuring drawing, painting, sculpture, photography, and film/video, accompanied by a series of online talks.
​Organized by Paul Laster

Alex Anderson (Gavlak, Los Angeles and Palm Beach), shows three ambiguous ceramic sculptures that poetically reference the artist’s Asian-African American and gay experiences using aesthetic styles historically related to Western imperial power. Life’s hard. Let’s not talk about it II and Poissoned (both 2019) depict hybrid objects of desire, while Achilles (2020) is a reminder that even though the artist may have the advantages of privilege, his black body will always be as vulnerable as the mythic hero’s heel.

At the core of Anderson’s body of work is a philosophical, existential examination of identity politics; based in Los Angeles, the 30-year old gay, Asian-African American sculptor is an artist working against stereotype and racialism rampant in today’s society. By working in an unexpected medium and channeling methodologies surrounding artistic production in ceramic arts, Anderson manages to create fantastic, multifaceted sculptures that are both subversive and whimsical at the same time. Alex Anderson uses the classical aesthetics of western power, which ironically share space with the aesthetics of queer camp cultural production, to translate the structures that govern his lived experience in society and others’ social perceptions of his identities into form. While his work engages with the ceramic canon and draws from the western art historical canon at large, it primarily operates at the core of Post-Blackness.

Alex Anderson received his Bachelor of Arts in Studio Art and Chinese from Swarthmore College and his Master of Fine Arts in Ceramics from the University of California, Los Angeles. Anderson previously studied at the Jingdezhen Ceramic Institute in Jingdezhen, China and was awarded a Fulbright Grant in affiliation with the China Academy of Art in Hangzhou, where he continued his studies in ceramic art. His work has been exhibited internationally, and across the US and Southern California, including at Human Resources, Los Angeles, The Long Beach Museum of Art, and American Museum of Ceramic Art. Anderson is represented by Gavlak Gallery in Los Angeles and Palm Beach. He recently presented his second solo exhibition, titled Little Black Boy Makes Imperial Porcelains, with the Los Angeles gallery in 2020.

Read on art-aspen.com
Back To Top