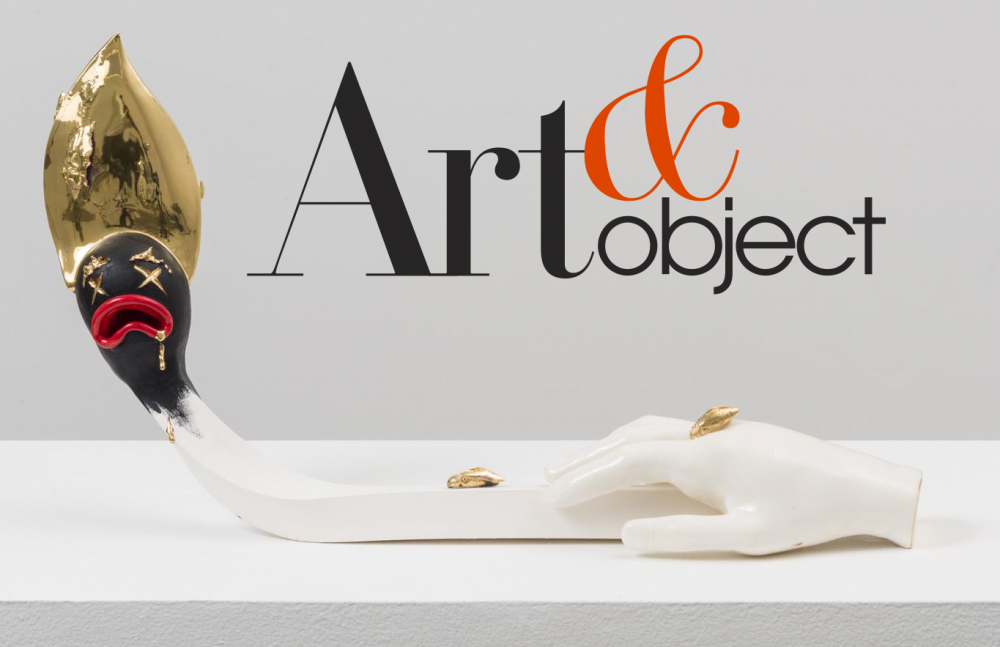 A painter and ceramicist of African-American and Japanese descent, Alex Anderson makes art about the black experience using aesthetic styles historically related to western imperial power. Depicting America as the pretty landscape where blacks are seen as the stain on it, Anderson references Japanese pop culture’s use of the emoji as a universal language for emotion in his allegorical, glazed earthenware works. The self-descriptive title of the show, Little Black Boy Makes Imperial Porcelains, hits the nail on the head, as the artist expresses a variety of observations of his life experiences.

Mixing a minimal use of a white and gold palette with moments of more colorful and theatrical actions, Anderson creates metaphoric sculptures and reliefs to convey his anxieties, desires, and dreams. “The white and gold aesthetic references the opulence of capitalism and the stark perfection of fascism, which captures a lot of what goes into the complex cultural aspects of America today," Anderson said via phone interview. “It’s also the language of luxury and desire, which brings up consumption, and capitalism is all about consuming.”

Read on artandobject.com
Back To Top