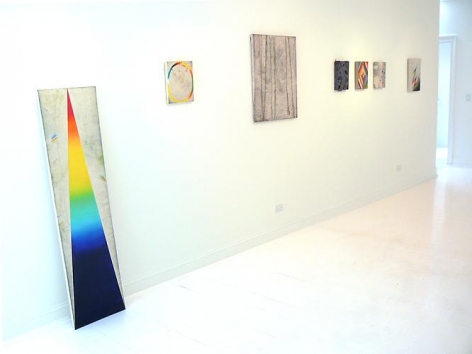 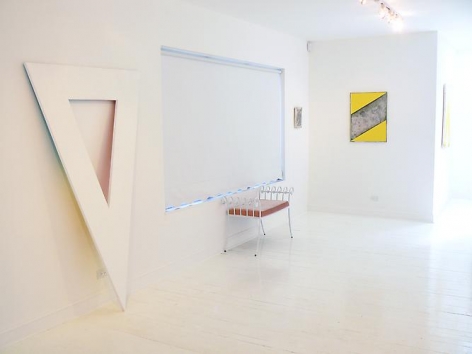 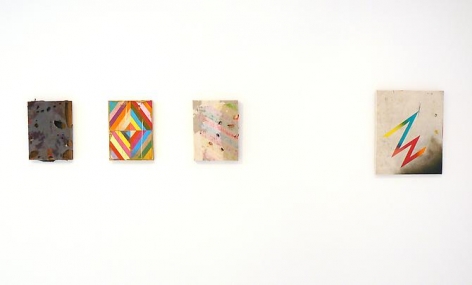 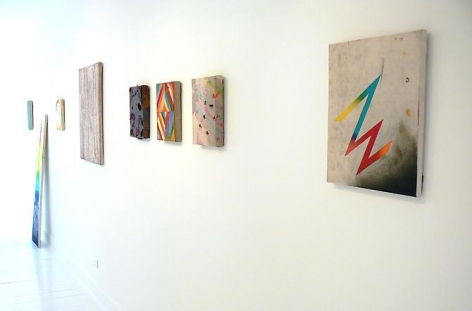 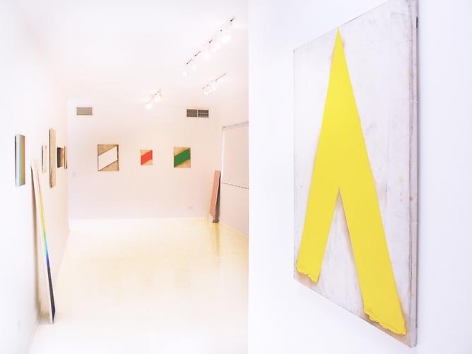 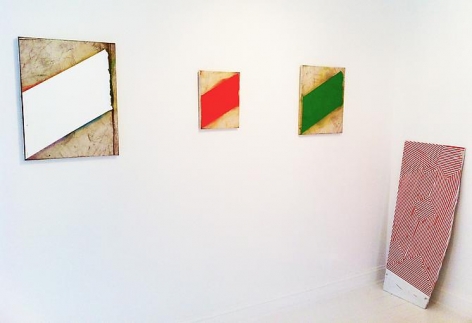 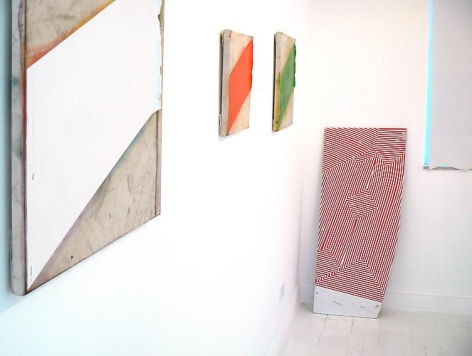 Gavlak Gallery is pleased to present the first solo exhibition of New York based painter Andrew Brischler, "Goodbye to All That" as well as his first solo show with the gallery. The title, taken from the transitional personal essay in Joan Didion's book "Slouching Toward Bethlehem" is an apt reference for this young painter's current status as a recent graduate of The School of Visual Art's MFA program. Like Didion, Brischler's current work is exploring the existential and at times youthful foolishness of living in New York City with reckless abandon.

In paintings such as "Smells Like Teen Spirit", "Don't Call it A Comeback" and "Waiting to Exhale" that take their titles from Popular culture and pop music, the histories of minimalism, abstract expressionism, and arte povera are sampled and mashed up into paintings that challenge this art history as much as embrace it. From the bold primary colors of Ellsworth Kelly and Fontana like "wounds" punctured into the canvas to Twombly like pencil doodles Brischler 's messy paintings are like a baroque pearl in their imperfect beauty. There is a vulnerability, longing and tenderness to works such as "Rest in Peace, Amy" which is an old, lovingly worn t-shirt , strewn with holes and dabs of paint and stretched over a found frame. This little Rauschenberg like "combine" work is an memento mori to Amy Winehouse made the day her drug overdose was made public.

Brischler's awareness of his own place not only within the history of painting but also within gay politics and gender theory within Contemporary Art from Felix Gonzales-Torres to Robert Mapplethorpe, Keith Haring, and Andy Warhol may not be at first readily apparent in the work. However the use of the clichéd rainbow symbol of the LGBT, makes an appearance in various shapes and forms that could also just as easily represent a study in color theory as much the history of Stonewall.

Andrew Brischler's work is currently on view at 39 Great Jones, and was recently featured in the much publicized "The Virgin Show" curated by Marilyn Minter for Family Business both in New York City.

For information please contact Gavlak Gallery at 561.833.0583, or info@gavlakgallery.com